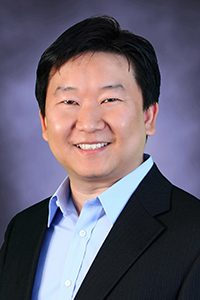 Professor Yang Sao Xiong holds a joint appointment in the School of Social Work and the Asian American Studies Program at UW-Madison.

Professor Xiong’s research examines the various dimensions, mechanisms and effects of assimilation and political incorporation on immigrants and immigrant groups’ life chances, collective action, and influence in the United States. He has developed research along two closely connected lines of inquiry: 1) investigating how and to what extent immigrants’ unique contexts of exit from their country of origin and reception within the U.S. affect their educational attainment, socioeconomic mobility, community formation, health adaptation, and political capital acquisition; and 2) investigating how and to what extent immigrants and immigrant groups are able to enter into and engage with the U.S. political system, its institutions and its ideologies. His first line of research, which clarifies how institutions such as federal and state governments, schools, and labor markets affect immigrants’ acquisition of different kinds of capital (human, financial and social), informs his second line of research, which clarifies how immigrant groups, in response to perceived opportunities for democratic inclusion or threats of political exclusion, mobilize resources and engage in collective action in order to increase their political participation, representation and influence.

Professor Xiong’s current project is one of a kind. Using an adapted and translated version of the Survey of the Health of Wisconsin developed by researchers at the UW-Madison Department of Population Health Sciences, his research team is piloting a comprehensive randomized study on the health seeking behaviors and health outcomes of Hmong adult women and men in central Wisconsin. One of his goals is to examine whether and to what extent Hmong immigrants’ health outcomes converge with or depart from those of the general Wisconsin adult population as their length of residency in the U.S. increases. This question is important theoretically and even more urgent on the ground. This study has received generous financial support from the Aspirus Health Foundation, the B.A. & Esther Greenheck Foundation, the Robert Wood Johnson Foundation, the Wisconsin Alumni Research Foundation, and the Institute for Clinical and Translational Research at UW-Madison.

Professor Xiong’s research is having state and national impact. He has provided consultation to organizations such as the Wisconsin United Coalition of Mutual Assistance Association and the Wisconsin Department of Workforce Development. In 2015, Professor Xiong was appointed by the United States Commission on Civil Rights to serve as a member of its Wisconsin State Advisory Committee.