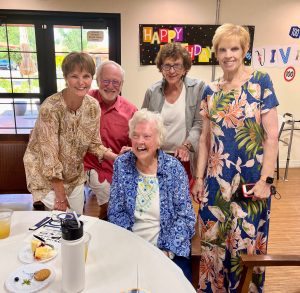 Many school alums, former faculty and  colleagues have found memories of working with, and learning from, Professor Vivian Wood.  Focusing her scholarship, teaching and service in the areas of aging and advocacy for women, Vivian’s contributions were many during the 1960’s, 70’s and 80’s.

What many may not know about Vivian was her service in the U.S. Marine Corps Women’s Course Reserve during WW II. The year she joined, 1943 there were fewer than 200 women serving. Later, Vivian was one of the founders of the Women in the Military Organization.

To honor Vivian’s 100th birthday and military service, a major event was held in Sun City, AZ where she now lives. Several former students attended. A 2016 article provides an excellent look at Vivian’s life and service. 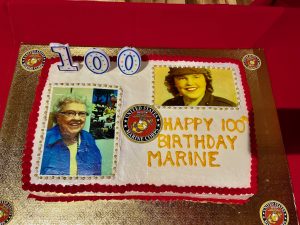