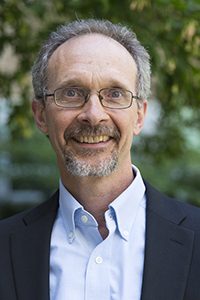 Professor Meyer’s research has centered on the issue of the economic well-being of single-parent families, a problem of critical importance. Most of his work examines child support policy and welfare reform, employing data derived from his various Wisconsin-based projects. With Professor Maria Cancian, he led a team of researchers that evaluated an experimental innovative child support policy. This multi-year, multi-method, multi-disciplinary evaluation demonstrated the advantages of allowing all child support paid by noncustodial parents (usually fathers) to go to the family. The evaluation was used as important evidence to change the child support regime in the United Kingdom.

Professors Meyer and Cancian are now leading another federally-funded multi-year, multi-method, multi-disciplinary evaluation of child support reforms. Eight states are experimenting with different approaches when individuals get behind in their child support payments, and evaluation findings have the potential to change policy approaches at the state and national level.

Professor Meyer’s research is having a global impact. He has participated in several studies of the income support system in place for families with children in the United States, the United Kingdom, and several other developed countries. Most recently, Professor Meyer worked for the United Kingdom in comparing their child support policies with those in 14 other countries, and participated in a large multi-country study of the effects of the worldwide recession on families with children.